“Daddy, I don’t know how…” Why Giving Up Too Soon is Bad for Your Kids - Mulberry

“Daddy, I don’t know how…” Why Giving Up Too Soon is Bad for Your Kids

Sometimes when life gives you lemons, you might think to yourself, “That’s alright, I’ll live. I’ll go make some lemonade.” But other times, life gets a little more adventurous and throws a spanner or two together with the lemons. When that happens, perhaps you might be tempted to give up.

While teaching kids, I observe that some children give up easily when they encounter a small problem, like when a pencil breaks or when they have forgotten to bring an eraser. They see the problem, and they cry, walk away, or just slump on the table. Yet, there are those who seem to persist in the face of more difficult circumstances.

I remember speaking at a primary school some time ago. While I was preparing for the talk, the principal informed me that one of the female students was paraplegic. He said that the student would appreciate it if I did not go out of my way to assist her. It would make her uncomfortable. Although I was informed about this student, I was taken aback to see her in the flesh.

There she was, a little nine-year-old girl, being pushed in by her friends in a wheel chair, with four stumps where her limbs were supposed to be. She was a quadriplegic. Yet, she looked happy and energetic, joking and laughing with her friends like any of her peers. There wasn’t a single trace of self-pity or suffering in her demeanour. I had entered the hall to give a motivational talk to the students, but I ended up encouraged and humbled.

Helplessness is Something We Pick Up and Learn 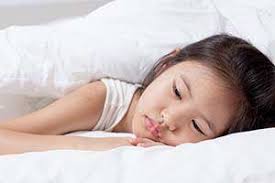 So how is that some people persist so beautifully while others just fall through the cracks? Professor Martin Seligman of the University of Pennsylvania and his team of researchers who conducted studies on learned helplessness observed that there are three distinctly different outcomes after people emerge from a difficult situation.

Some people never really recover from the situation. They become weakened in their resolve and strength to face future crises. Some bounces back to their same, old self, and is basically left unchanged by the events. The third group becomes stronger and even more resolute. They develop new strengths to better cope with future difficulties.

How Can We Be More Like The Third Group?

The good news of the research is that everyone can be taught to behave like the third group. The third group thinks and perceives problems differently. Below are three distinct differences in the way they perceive and tackle their problems.

Firstly, they view problems as temporal, they know hardships would not last forever. Secondly, they remained optimistic and that they hold the power to change things. Finally, they take concrete steps to solve their problems because no matter how small, they believe that each action can make a difference.

What this group demonstrate is taking ownership of their situation, instead of passively waiting for external factors to provide aid.

Across genders, race, nationalities and professions successful people exhibit the behaviours of the third group. It’s not hard to recognise the same positive traits in political figures like Aung San Suu Kyi, Nelson Mandela and the late Lee Kuan Yew. Similarly, in sports, we too applaud the heroic comeback of Para Games athlete, Jason Chee.

How did they come to have such determination? They were certainly not born with it. But somehow, somewhere, sometime, these successful people learned the three key success factors of persisting to the end.

Persist in the Little Things

As an example, some children find learning a second language an arduous task. The next time they grumble about it, tell them that each lesson is only 60 minutes, its temporal. Tell them that they can have the power to make a difference in how they learn. Take concrete steps to make things better for example, take short notes to learn better, taking breaks and using coloured pens to make it more fun. Check on their progress.

At some point remind your children how many lessons they have already attended and the progress they have made. Help them to build up a storehouse of memories on how well they persisted. These could be related to learning to play a musical instrument, training for a sporting event or picking up a new language. Encourage them to use these memories as a wellspring of strength to draw upon the next time they come across another problem to overcome.

When you can complete the easy tasks, anything harder seems possible.

When you can’t complete the easy tasks, everything else just gets harder.

1. Observe what task your children are struggling with. Sit with them to work out the 3 steps they can take. Establish a finite time line or schedule so they see that its temporal. For example, if they have to learn the subject for 1 year, break it into monthly or termly targets and celebrate when each target is met. Talk to them about their challenges and work out ways to make it less difficult. For example, looking for strategies to cope or learn better. Ask them to suggest strategies.

2. Share stories about your own struggles and how you overcame it. Look for strategies in your own experience to share with your child. You can also share stories of famous people to draw out lessons and strategies.

3. Encourage your children by helping them to look back at the progress they have made. Show them their work they did 1 year ago and compare that with what they are doing now. Show them how their effort has paid off.