Why It’s Dangerous to Mistake Impulsivity for Spontaneity

Teach Children to Stop and Think: Why It’s Dangerous to Mistake Impulsivity for Spontaneity

Teach Children to Stop and Think: Why It’s Dangerous to Mistake Impulsivity for Spontaneity
Posted by Admin on January 22, 2016 in Habits of Mind

Ben snatched the ice cream cone from his sister, Jenny, and it fell to the ground. Jenny was angry and so was their father, Joe. “Why are you so impulsive? Look at what you’ve done. No more ice cream for you!” Scolded and ashamed, Ben started crying.

This unhappy scene is not unusual. If we could look inside the minds of each of these characters, it would reveal quite a different picture. What went on inside was probably like this.

Five-year-old boy Ben might be thinking, “My older sister only bought one ice cream cone. It must be for herself. She is so selfish. I will get it no matter what!”

Jenny, age 6, would think, “What an ungrateful little brother, I queued for 5 minutes to get this. But they could only give me one and I was going to share it with you.”

Their father, Joe, was also upset,“Today was supposed to be a fun “family day” at my company’s event and Ben is behaving like a brat. I must teach him a lesson.” 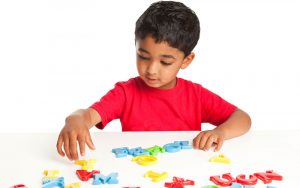 When we hear the word IMPULSIVITY , we often think of cognitive impulsivity – acting without thinking. Impulsive behaviour shows up as impatience, difficulty in awaiting one’s turn and blurting out answers without prior thought. Impulsive people often act on the first idea they think of.

Effective problem solvers are deliberate and they think before they act. They intentionally establish a vision of a product, an action plan, a goal or destination before they begin. They strive to clarify and understand directions, they develop a strategy for approaching a problem, and they withhold immediate value judgments about an idea before they fully understand it. Reflective individuals consider alternatives and consequences of several possible directions before they take action. They decrease the need for trial and error by gathering information, taking time to reflect on an answer before giving it, making sure they understand directions, and listening to alternative points of view. 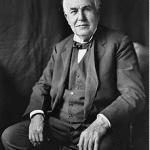 Prolific inventor Thomas Edison did not become a scientific phenomenon with more than a thousand innovations patented to his name, by being impulsive. Before embarking on an experiment, his assistants were instructed to find more information from the library or other sources to determine if anyone else had done something similar. By not repeating what others had done, learning from the experiments and discoveries of fellow inventors and basically taking the time to plan research, Edison was consistently productive and efficient.

While we encourage children to be voracious, spontaneous and unreservedly inquisitive, a better habit to cultivate is to couple their natural enthusiasm with a degree of thoughtfulness. From young, children should be encouraged to take the time to think through their words and actions. Are they asking useful questions? Have they thought through their answers in their rush to put their hands up in class? Have they considered whether their answers make sense or whether they are accurate?

Impulsivity Will Grow on You

Impulsive behaviour is usually carried into adulthood and tends to result in many serious problems at the work place.

How many times have you hit the send button before realising that you haven’t attached the file or that you’ve mistyped your client’s name? Have you ever wished you didn’t eat that last slice of pizza or chug down that last can of beer right before you hit the sack? These are some classic examples of impulsive behaviour we, adults, are guilty of. 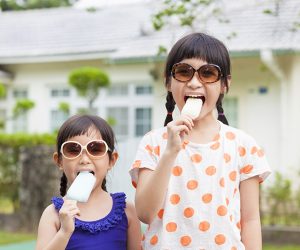 Managing impulsivity is not just about slowing things down, but having a sense of deliberation in your answers or
decisions. Obviously in some situations, like rescuing a drowning person, you have to act fast, but even taking one more second to plan can help the situation – checking if there is a float nearby could result in a smoother reduce operation.

Looking back at the scenario at the beginning, Ben, Jenny and their father Joe were all equally impulsive. If Ben has not jumped to conclusions and clarified with his sister instead, “Why do you only have one ice cream cone, Jenny?” – the subsequent unpleasantness could have been avoided. Any one of them could have broken the circle of impulsive behaviour.

Can you be that person? The next time you are faced with such a situation, slow down and think for a few seconds, it will make a big difference to the outcome.

1. The first step to overcome impulsivity is to practice it ourselves. As parents we are also guilty of being impulsive. We should change from being reactive with our children to be responsive. Ask questions to clarify intentions instead of assuming they are just “naughty” or “acting up again”.

2. Teach coping strategies such as count to 10 before doing something can help to slow down the thinking process so that a mental evaluation can be made. Remind ourselves and our children of these strategies when you are aware that you are about to enter into situations that might trigger impulsive behavior. These situations might be meal times, visit to grandparents or going to a playground.

3. Use teachable moments. When an impulsive action had already happened, such as the example between Ben and Jennifer, pause and ask the child to recount what happened and then ask them to suggest ways to prevent it the next time a similar situation arises.

4. Slow down. Impulsivity can be cause by parents who seem to be always in a hurry. Provide more time for getting things done, such as leaving the house, taking a bath or having a meal. When everyone is not rushed, we can take time to think and take time to consider some of the strategies mentioned above.