Is Your Child a Loner? This May Be a Problem in the Long Run - Mulberry

Is Your Child a Loner? This May Be a Problem in the Long Run

Is Your Child a Loner? This May Be a Problem in the Long Run
Posted by Admin on January 23, 2016 in Habits of Mind

Sara and Ruby are best friends and they naturally like to bring their two young daughters, Clara who is in K2 and 4-year-old Jenny, out for playdates. One time at Marina Barrage, both mummies were watching their daughters play with other children. But a little while later, Sara noticed that her daughter was sitting on the grass and playing by herself.

Looking at her moody expression, Sara recalled that Clara was also looking down recently because her classmate had made fun of her favourite Snow Queen Elsa. It took Sara a few days of coaxing before her daughter opened up. She had initially thought that Clara’s preference to be alone was because Clara was considerate and didn’t want to bother others. But since this seemed to happen more and more often, Sara was getting a little concerned.

We Feed Off Good Energy from Others, Even Kids 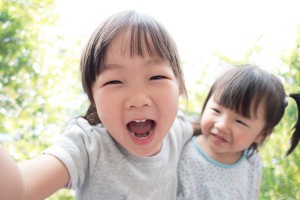 But what’s so bad about going off to a corner and enjoying “me-time” all by yourself?

While most would feel having some time alone to be with your thoughts is actually comforting and productive, in the general scheme of things, humans are inherently social beings. We congregate in groups, find it therapeutic to be listened to, draw energy from one another, and seek reciprocity. In groups we contribute our time and energy to tasks that we would quickly tire of when working along. To mingle with others is such an intrinsic part of being human that solitary confinement is considered one of the cruelest forms of punishment that can be inflicted on us!

Children are the same. They seek out friends and learn how to think interdependently as they develop. What this means is being open to the views of others, and working with others. It is about thinking with others, which in Clara’s case, is significantly lacking.

As the world grows in increasing connectedness and complexity, the ability to think interdependently has become ever so important. We do this every day when we do brainstorming sessions, mind maps and bounce ideas off each other. On the web, the same communication process happens when we participate in forum discussions, attend Skype meetings or even just commenting on Facebook or Instagram posts. 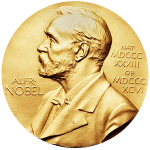 Group consultation has long been recognised to produce superior decision than lone decision making.  Psychologist Patrick Laughlin of the University of Illinois, discovered that the approaches and outcomes of cooperating groups are not just better than those of the average group member, but are better than even the group’s best problem solver functioning alone.

Leadership in the 21st century has shifted from being able to provide solutions to your followers to having the ability to find solutions within the collective intellect of your followers.

1962 Nobel Prize Winners in Physiology or Medicine for the scientific discovery of the double helix structure of DNA – James Watson, Francis Crick, and Maurice Wilkins, elaborated on the reasons for their success at the fiftieth anniversary of their famous publication:

According to Watson, the smartest person on the team was Rosalind Franklin, an English chemist and X-ray crystallographer who was based in Paris. But he did so with a word of caution:

“Rosalind was so intelligent that she rarely sought advice. If you’re the brightest person in the room, you’re in trouble.”

Start Helping Your Child in the Little Ways

The key attributes to thinking interdependently include;

In more concrete terms, what can you do as a parent to help your child? Have a try at this tonight.

Bed time stories is always a good exercise to encourage your 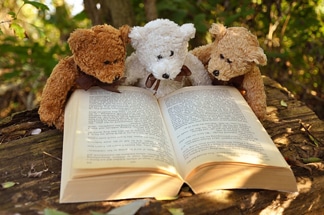 child to share his views, and good story or picture books will help you
do that easily. For book inspirations, just do a quick Google search. When you narrate the story, remember to pause in some places and ask questions.

Using a classic like Jack and the Beanstalk, you can approach it from a different angle and prompt your child with questions like, “Would you sell the cow for 5 magic beans like Jack? Or is there anything from the marketplace that you think is more useful? Why do you think the giant is moving so slowly compared to Jack?”

And if you want something different, try this great book – Sylvester and the Magic Pebble by William Steig. You may wish that the story never ends!

Here are some tips to help your child on the path to thinking interdependently.

1) Help your child to without judgment by helping them to uncover assumptions. For example, if another child is being rude, instead to jumping to conclusion, you can discuss with your child what are some reasons you think the child is being rude. Possibilities could be the child is not aware that he is bring rude, or he is in a hurry, or he might be angry with someone else. Once we begin to see possible viewpoints, we can be less judgemental towards others. This helps us to think more objectively, a quality of an interdependent thinker.

2) Help your child to listen with understanding and empathy. Interdependent thinkers understand others. Use the three Ps in listening, Pause, Paraphrase and Probe.