Dragons, Martians and Flying Chairs: Remember When You Used to Have an Imagination? - Mulberry

Dragons, Martians and Flying Chairs: Remember When You Used to Have an Imagination?

Dragons, Martians and Flying Chairs: Remember When You Used to Have an Imagination?
Posted by Admin on January 24, 2016 in Habits of Mind

Joe couldn’t wait to show his 5-year-old son what he had gotten for his birthday. He quietly sneaked into the house and together with his wife, Ruby, tiptoed into Ben’s room. Ben was reading his favourite magazine Story Box. “Happy Birthday Ben!” shouted Joe and Ruby. “Wow, what a big box, Daddy!” Ben exclaimed. He eagerly tore at the wrappers and was soon happily admiring his brand new 2 feet tall Optimus Prime figurine. Delighted that their son was satisfied with his birthday present, Joe and Ruby left the room to get ready for dinner. They had booked a nice restaurant to celebrate Ben’s birthday. When they returned a little later, Ben was busy playing with the box and pretending it was the transformer’s base station while Optimus Prime was left all alone in the corner of the room. Joe wondered why he bothered to buy an expensive toy if his son was only interested in the cardboard box.

Imagination Doesn’t Live in a Box

Like most five-year-olds, little Ben was simply being creative. The simple box could be so many things to him. In the space of twenty minutes, he had imagined it to be a space station, cave, launch pad, the Transformers’ home planet and more.

His pretend play was only limited by his imagination. 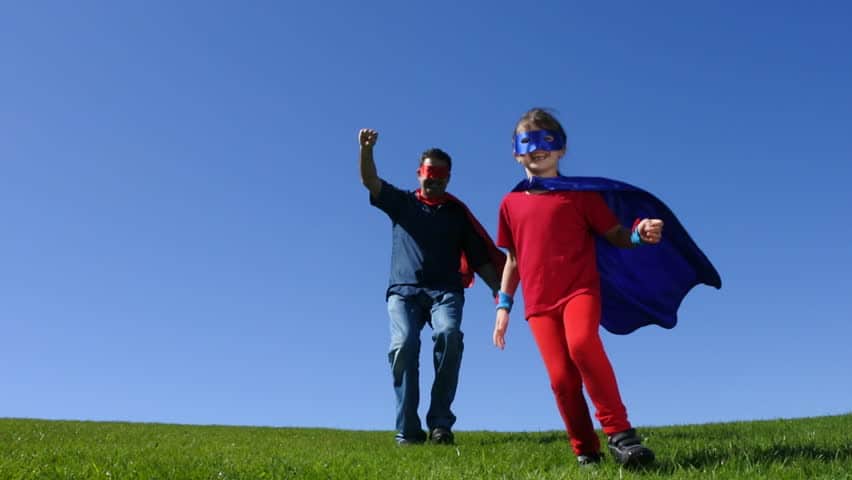 One definition of creativity is simply the use of our imagination and Ben is using his well. All human beings have the capacity to generate novel, clever or ingenious products, solutions and techniques – if that capacity is developed. Creative human beings try to perceive problems and solutions differently, examining alternative possibilities from many angles.

Studies have shown that as children develop to adults, they tend to lose their creativity. One reason for that is the social acceptability factor.

Children learn that adults frown upon certain things, like playing with the box instead of the toy. That it’s not acceptable to “play” with food or “doodle” in class. Imagine what this could mean to prospective food stylists and budding artists.

Encourage Your Child’s Imagination by Playing Along

Fortunately for Joe, the knowledge he picked up from a recent parenting talk came in handy. On the way to the birthday celebration, rather than chiding Ben about playing with the box, he decided to play along instead. “Hey Ben, how did you like the two presents I gave you?”
Puzzled, Ben replied, “I only have one Optimus Prime, Dad. What’s the other present?”

“Son, I believe you like the box enough for it be another great present.” 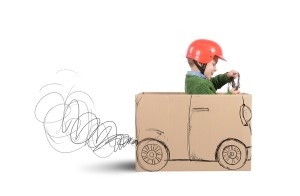 Over the next few days, Joe decided to make a special project with the box. Together with Ben, built an elaborate Transformers base. They used simple things they found in the house such as paper plates, cups, paper balls, leftover strings and wires. To top it all off, Joe also bought a special metallic paint to colour the box. Ruby was duly impressed by the transformation and praised both father and son for their team effort.

Pablo Picasso once said, “Every child is an artist. The problem is how to remain an artist once we grow up.” As parents we tend to impose our own ideas onto our kids and thereby robbing them of the opportunity to exercise their creativity. Like any other skill, creativity needs to be developed and practiced.

Here are some tips we can use to nurture creativity in our kids.

1) Art and craft is one big way where you can help get children to be more innovative. Start by asking them to explain what they have built and don’t judge their creation too quickly with patronising remarks like, “Sharks cannot live on land, dear.” Or “There are no blue apples.”

2) Help them to dress creatively. Allow them to mix and match their clothes. They should be free to decide on style, and you can always provide pointers on suitability for the occasion or the weather.

3) Play Charades with the family. Brainstorm birthday themes together, instead of telling them what kind of birthday they should have. When you are reading a story together, ask them how they would change the story’s ending.