Don’t Let Your Child Get Used To Making Small Mistakes

“Miss the Mark, Get Set, Go!” Don’t Let Your Child Get Used To Making Small Mistakes

“Miss the Mark, Get Set, Go!” Don’t Let Your Child Get Used To Making Small Mistakes
Posted by Admin on January 25, 2016 in Habits of Mind

Little Dylan gleefully handed in his class assignment, with a little less than ten minutes to spare before the bell recess bell rang.  Teacher Debra took a quick glance at the worksheet, and shook her head. Although she had already instructed the class several times that day, Dylan still managed to scrawl his answers on the left instead of right column and got some of the simple additions wrong. Dylan has been in the primary one class for almost 6 months now, Teacher Debra knew that he could do these sums, so it was disappointing that Dylan did not strive to be more accurate in his work. 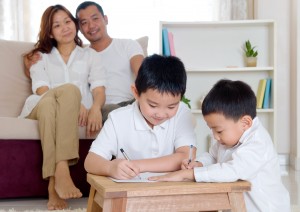 Remember when you were the one rushing out error-filled Whatsapp messages because you had to run to a meeting? Well, your children may be equally careless when turning in their work. When you ask if they have checked their work, they usually say yes, but give little thought to the meaning of checking for accuracy. Their concept of checking may be limited to checking if their names are written on the top left hand corner, or if they have handed in the English assignment to the right teacher. They seem to feel little inclination to reflect on the accuracy of their work. In most cases, hastiness over getting the assignment out of the way surpasses their desire for accuracy.

Striving for accuracy is not the same as being overly fastidious about things. Instead, this habit stems from consciously taking pride in our work. When we take pride in what we do, we do it well.

For example, if you tell a student that his essay is going to be read by the President, what kind of attitude do you think he will have towards his work? For starters, we can be sure that he will check and recheck to make sure that the grammar, punctuation and spelling are impeccable. He will most probably ask his friends and teachers to ensure that the ideas in the essay are sound and well presented. He will most certainly review it several more times before he is satisfied with the quality of his work. 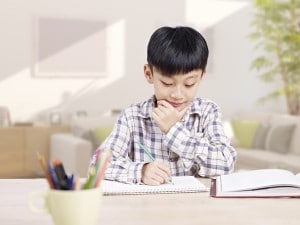 Most of us will not be writing essays for the President or playing music for the Pope. But it’s important that we do our best no matter who the audience is. Behind every great masterpiece are hours and hours of labour and continuous pursuit for accuracy.

On a more serious note, history has also taught us how seemingly minor errors could have serious consequences. In June 1996, a $7 billion unmanned Ariane 5 rocket launched by the European Space Agency exploded just 40 seconds after lift-off. Investigations revealed that the cause of the failure was a software calculation error in the inertia reference system. An equally expensive faux pax happened in May 2014 when French state-owned railway company SNCF reported that 2,000 new trains were too wide for many station platforms. These examples show us how important it is to strive for accuracy. 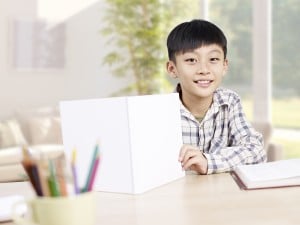 Returning to the story of Dylan. Teacher Debra called Dylan over and said “Dylan, have a look at your work again. How can you improve your accuracy?” Dylan looked at the worksheet carefully and squirmed, a sheepish look on his face. Teacher Debra smiled and said, “You know what you need to do right?” Dylan took the paper and went back to his desk to work on the mistakes. A few minutes later Dylan confidently handed in his accurate worksheet.

The habit of striving for accuracy does not come naturally to most children. It can however be taught and cultivated. Here are some tips to consider.

1) Encourage your children to strive for accuracy in descriptions. For example, if your child tells you “This fried rice is nice”, probe for more accurate description by asking “How is it nice?” If he needs help thinking about the reply, you can suggest some areas such as asking him about the taste, the ingredients and the texture.

3) Where appropriate, share how accuracy is important in daily tasks. You can do this when you are preparing a meal, let the kids participate in cooking and emphasise that they have to strive for accuracy with the ingredients. When you are dispensing and taking medication, show them it is important to know how many times a day and whether the medicine should be taken with before or after food. When you are packing for a trip or picnic, emphasise the need for accuracy.